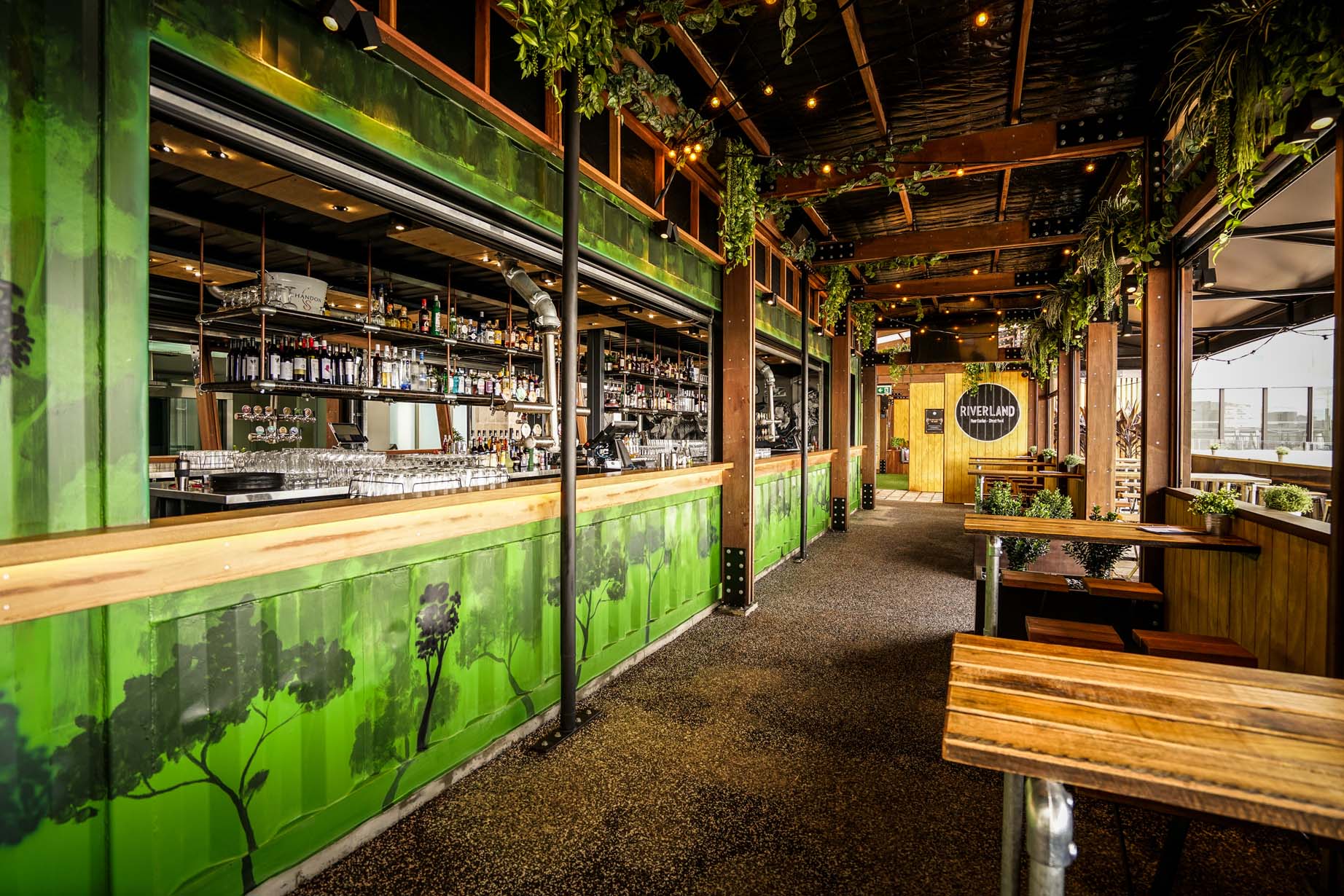 If you have been following us on social media lately, you will have no doubt seen how excited we’ve been about the recent HIA awards held in Queensland. Back in August, we were thrilled to win the Brisbane Commercial Interior Design Award for our Riverland Project. This win progressed us to the Queensland State Awards, held at the Brisbane Convention centre on Friday 2nd November. Much to our surprise, Visual Builders alongside Burton & Carter Architects, were the winners on the night and we were certainly up against some very tough competition.

Why have we been so excited and why was the win such a surprise?

Well firstly, as builders, we are often overlooked when it comes to recognition for the significant contribution that we provide into every project, extending far beyond the scope of construction. Our long-term success in the industry is hugely dependent on the strong relationships we have established with our clients, architects and the large array of sub-contractors involved in each build. Being an industry leader, we are often sourced for our ability to collaborate and provide expertise and experience in multiple areas, which regularly includes the design aspect.

Riverland was a unique and complex build, with much of the design coming from our own team. Not unusual for Visual Builders but being acknowledged for our design input, has fallen short on many occasions. Entering as a construction company into the HIA Design awards was a long shot but we knew we had created something special with Riverland. Hence the excitement and surprise when they called out our name as the State winners!

We have won countless awards over the years, all which hold significance and pride. However, winning the Queensland HIA Interior Design Award, provides the recognition we rarely receive. Being a finalist was a huge achievement but coming home as winners, well that is a victory that we will be celebrating for a very long time.

Check out the photos below of the awards night or follow the link to HIA and see why Riverland Brisbane was crowned the 2018 Queensland Interior Design Commercial Award winner.