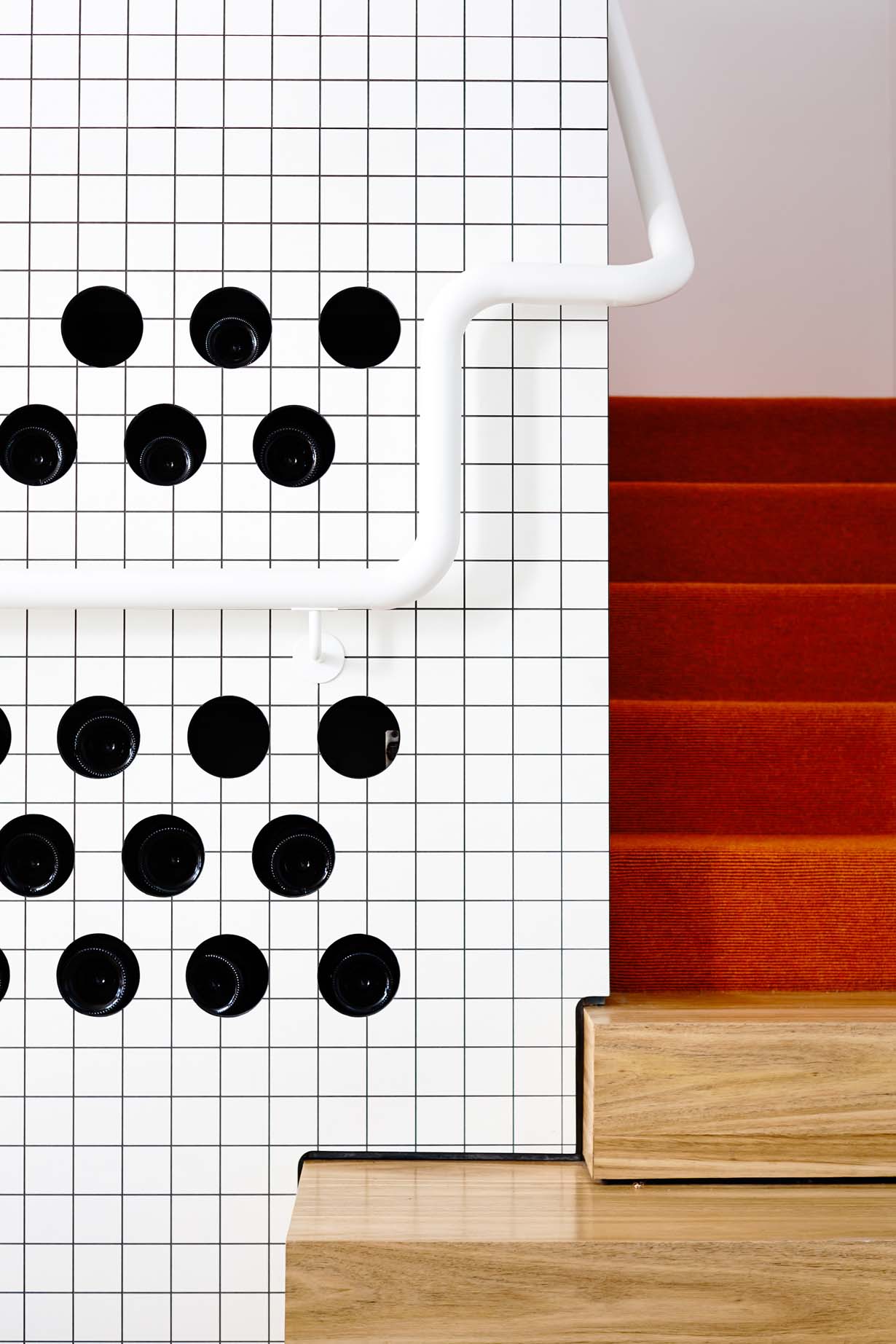 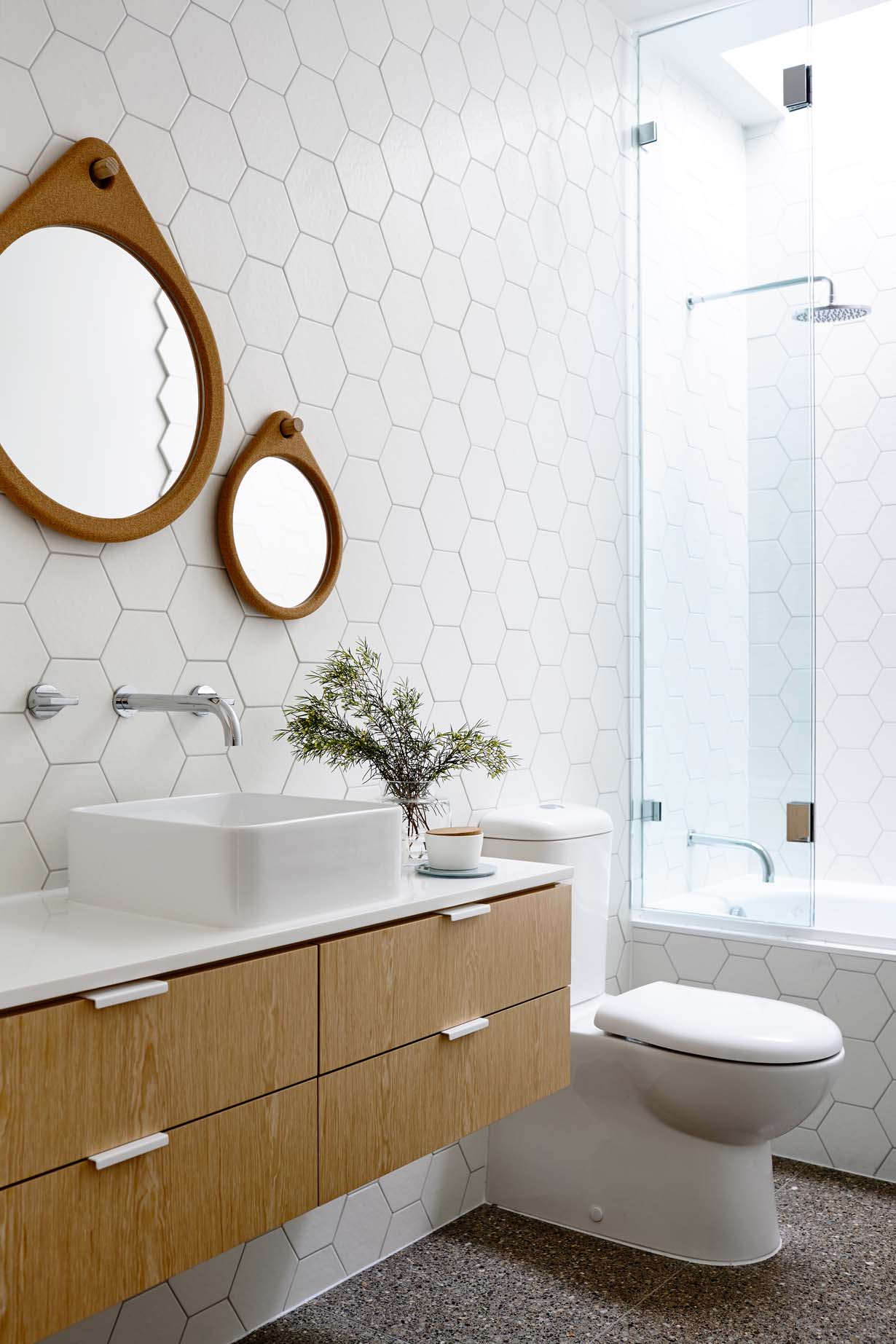 The Maskiell Residence, is a hidden treasure within the Bayside suburb of Sandringham. This suburban weatherboard house has been renovated to a make contemporary living space, featuring an open living and dining area – creating further expansion toward the outdoors from the north and west of the building. The kitchen has been relocated and highlights a solid concrete bench top with an inserted corian detail. Other features to the build are a functional, darkened butler’s pantry with its own hidden cellar, two kids bedrooms and bathroom upstairs that sit in the centre of the roof and are only visible from the street as off-set, dark gabled silhouettes. Although throughout the house a modernistic style of design has been achieved, it still keeps true to its original form maintaining the weatherboard timber to the second floor expansion and the use of existing mantle and fireplace. It is a testament to the Visual Builders team’s skill to pull together such an intricate design that has synchronised the old with the new. 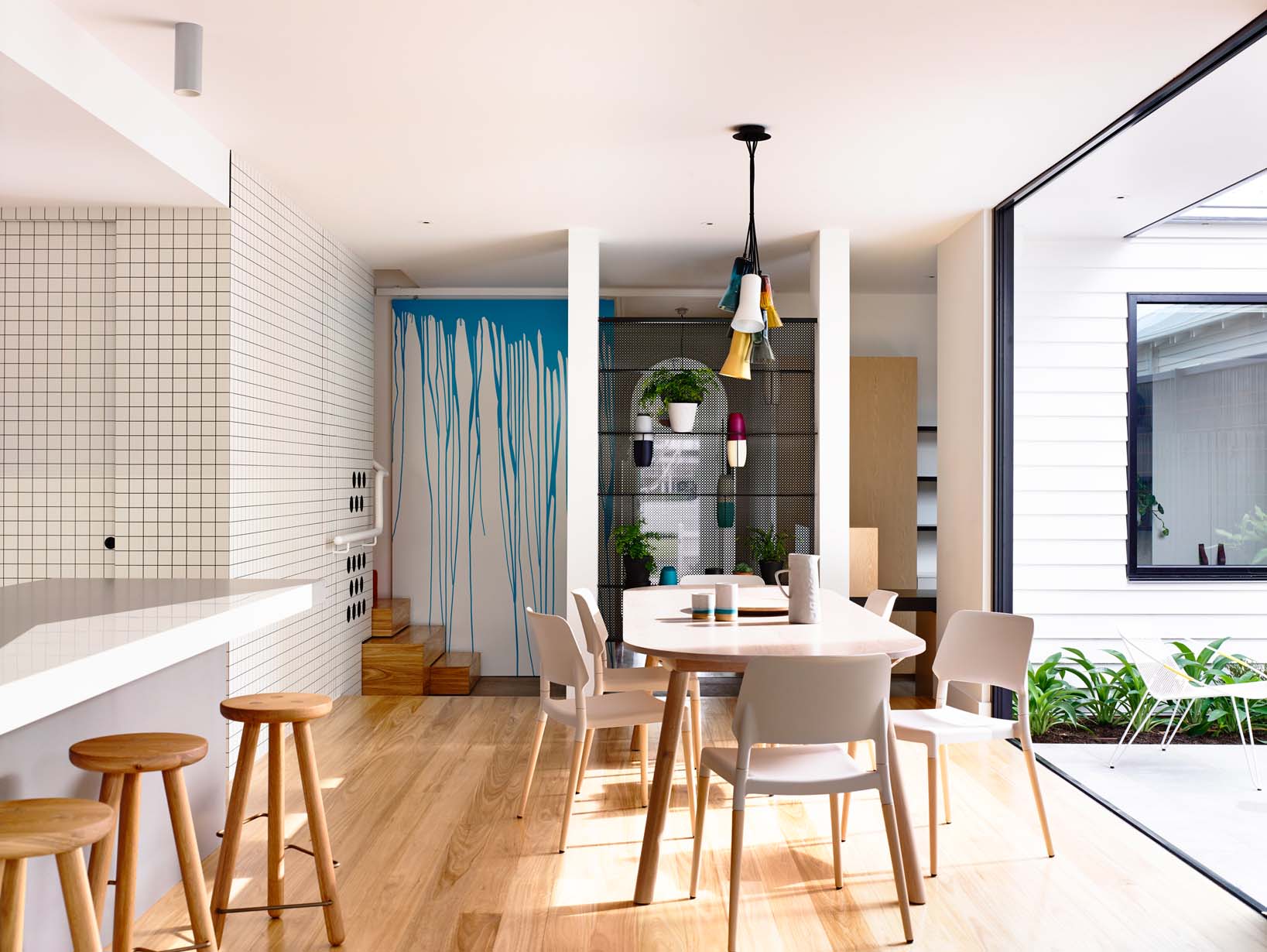 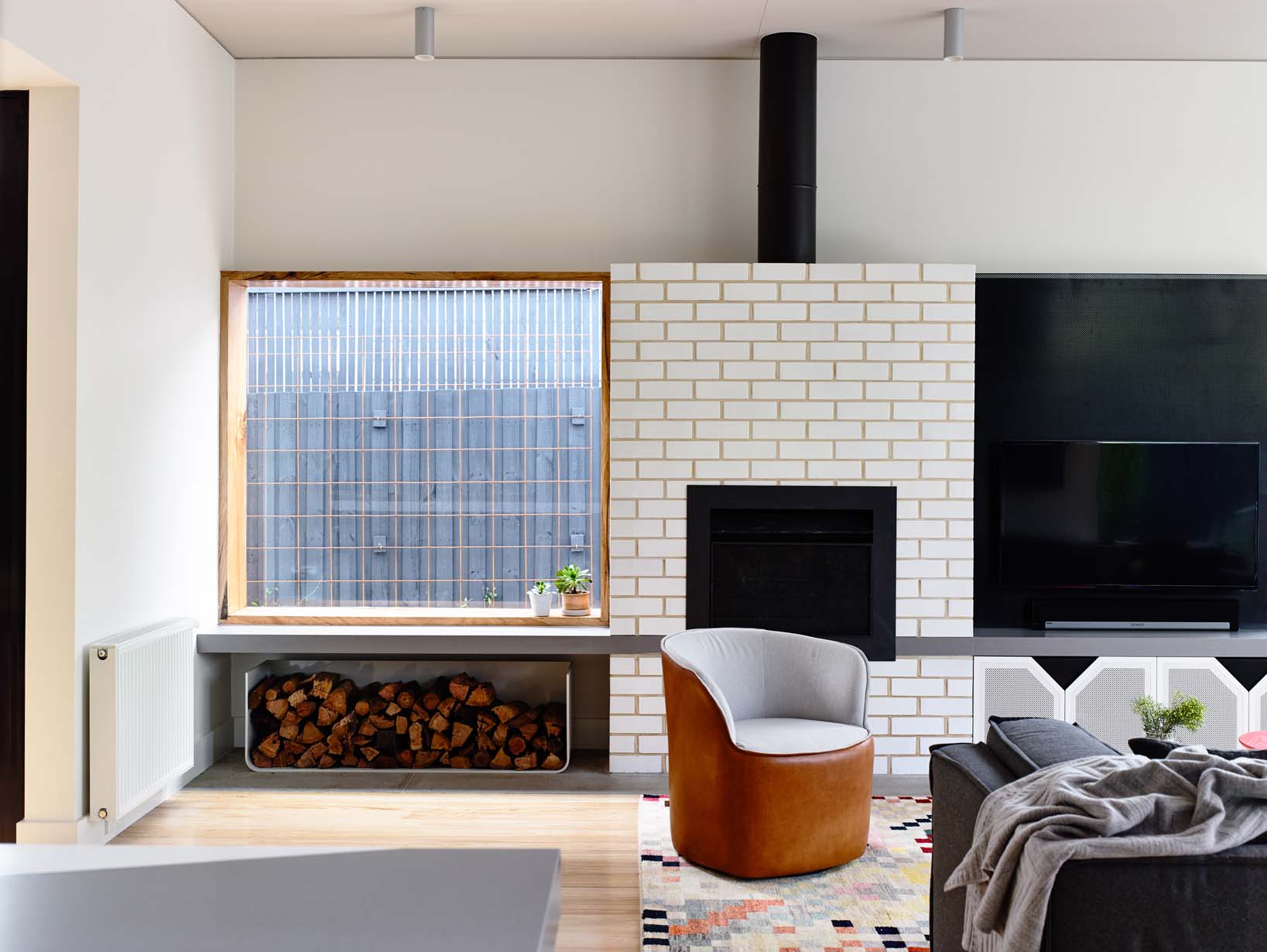 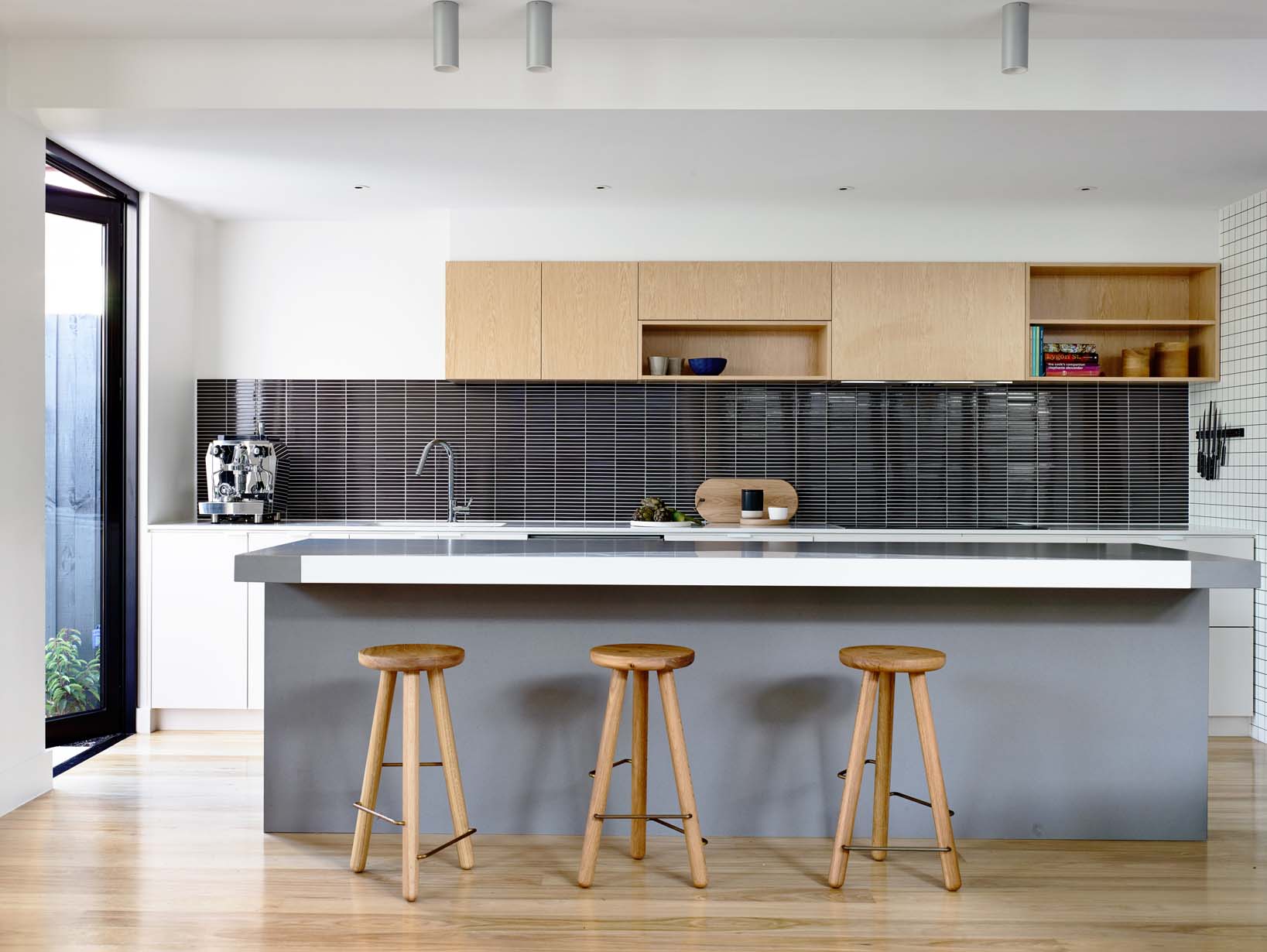 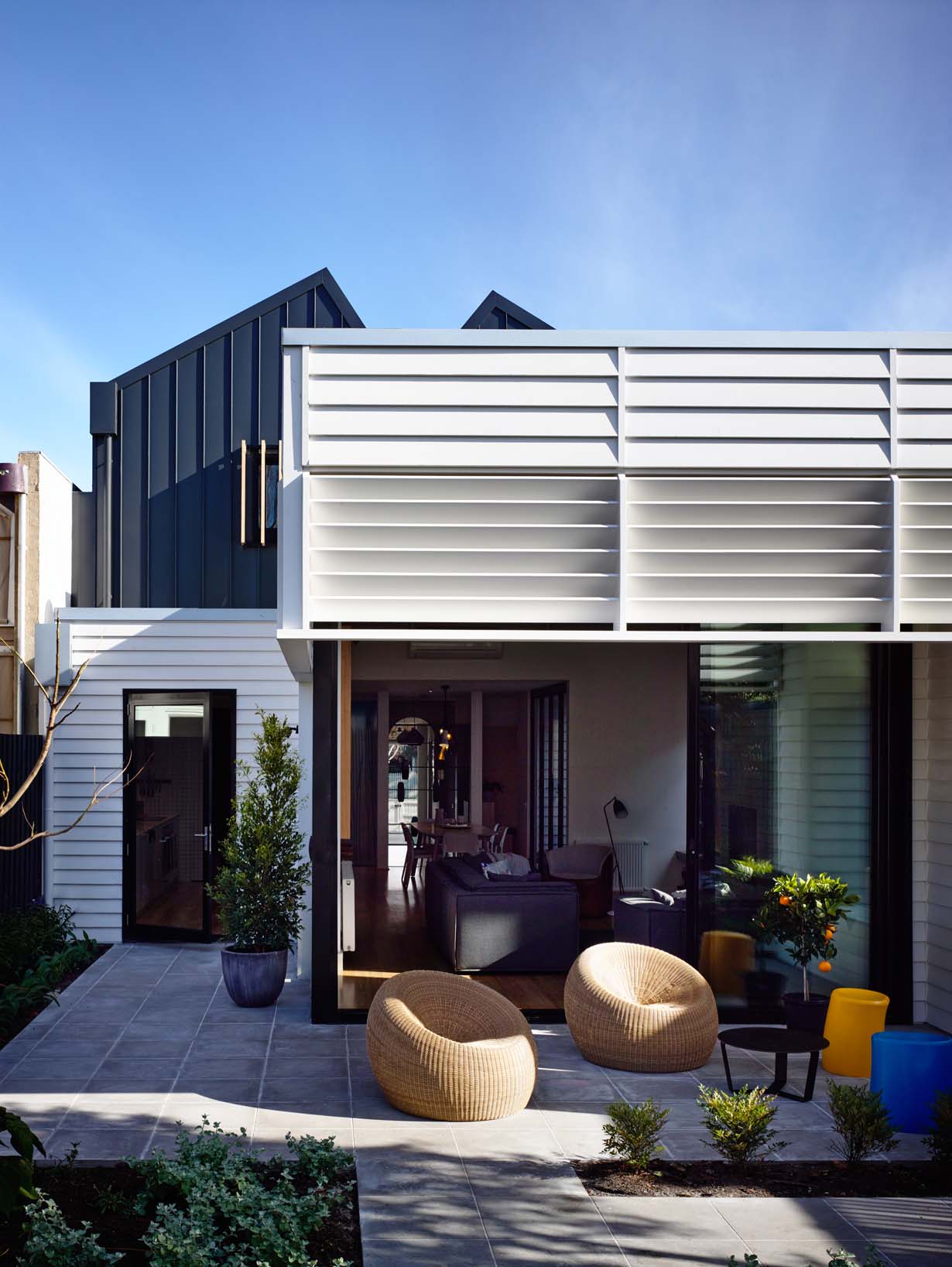 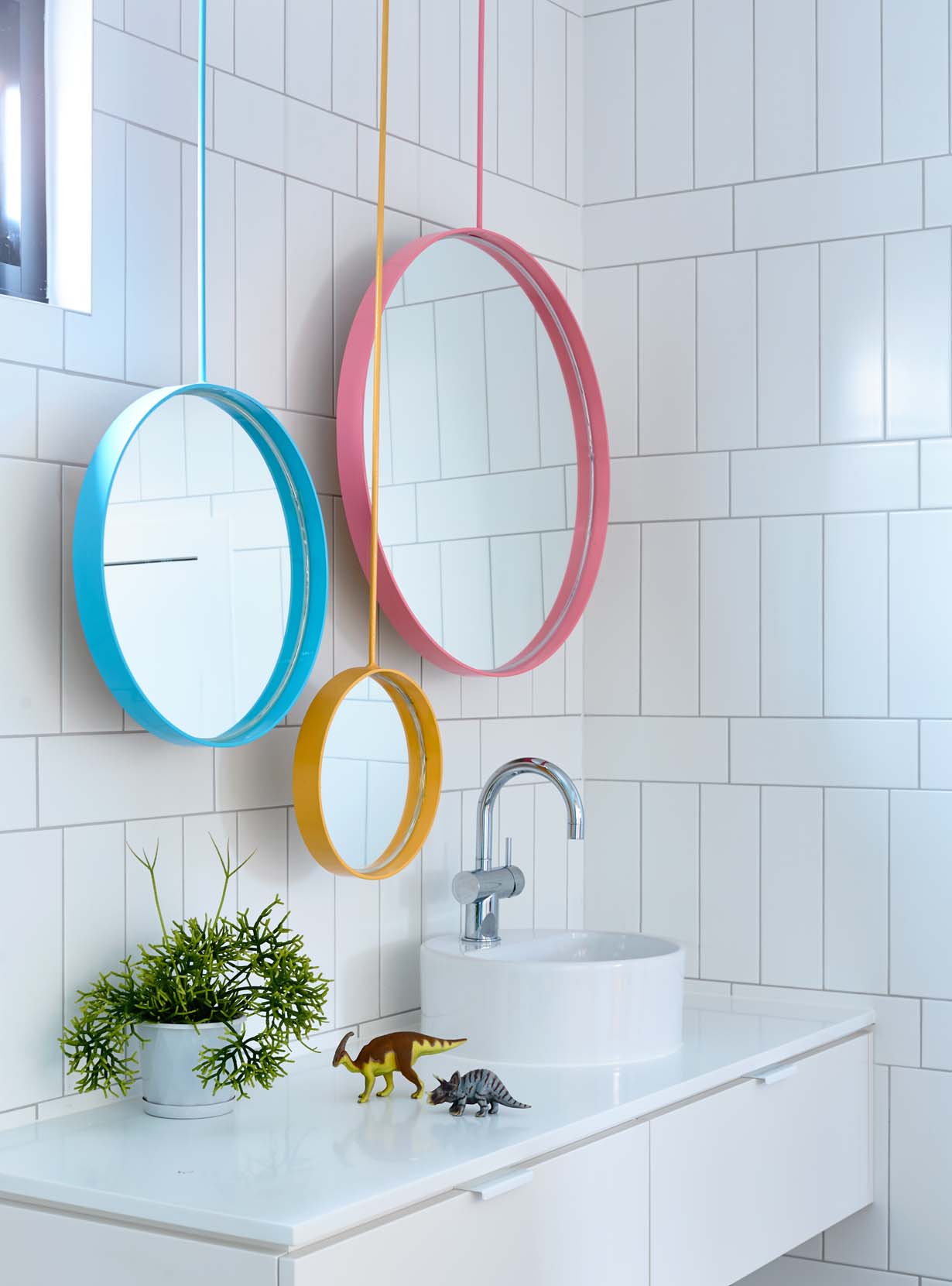 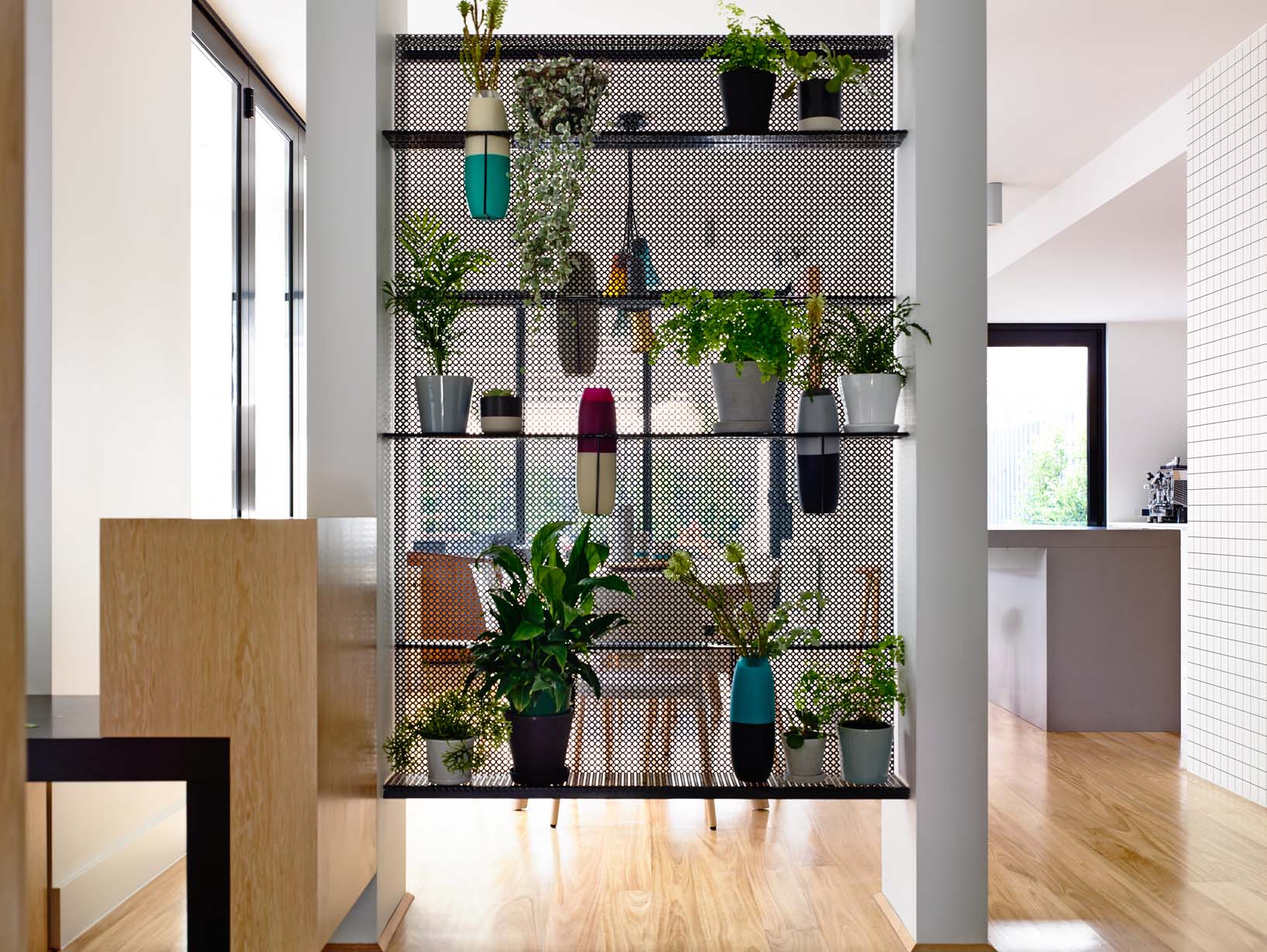